So, already the very number of app ratings and reviews does influence the conversion rate of the app. Because of the huge percentage of users who really care about how the app is rated, both Apple App Store and Google Play have made this data one of the key store ranking factors.

Both in the App Store and Google Play, ratings & reviews data is shown in the top of the app page. Here you can compare how it looks in the stores. 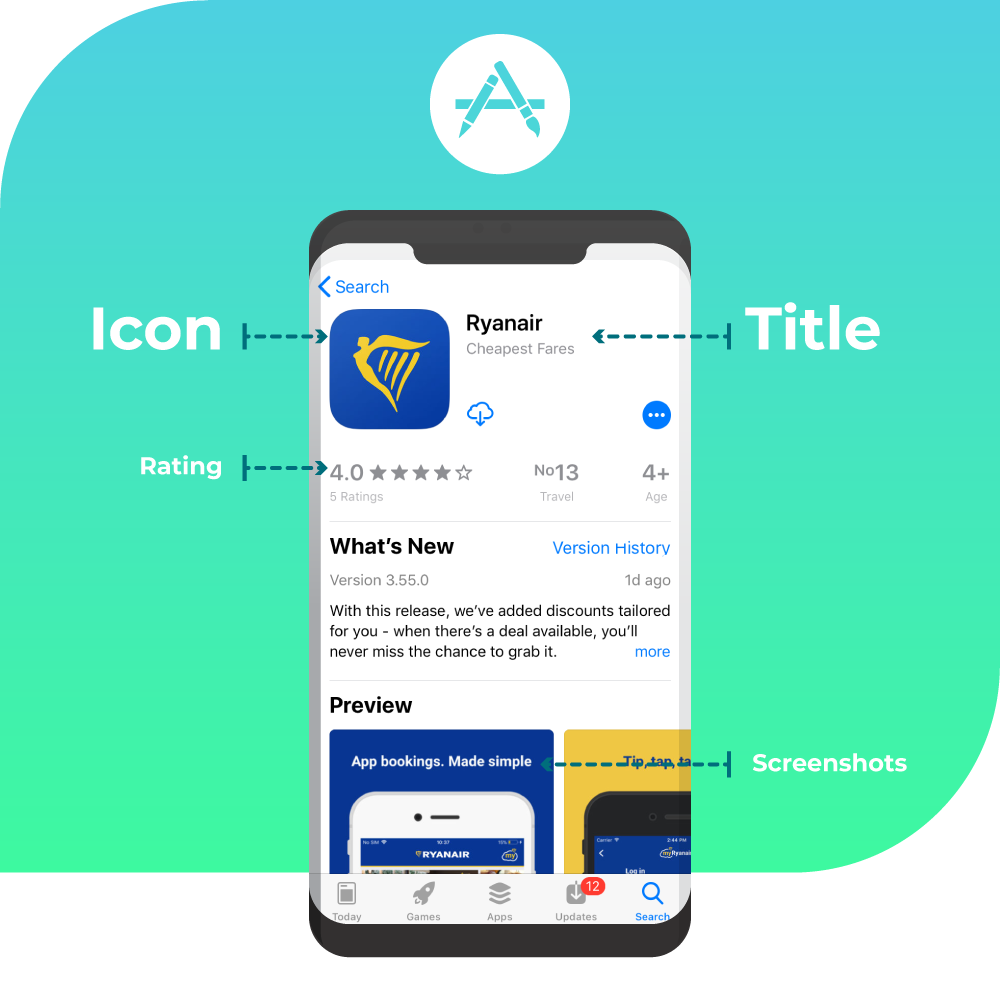 Apple rates all apps with stars (from 5 to 1). Visitors can also leave a review of their experience with the software. At the app page of App Store, visitors can only read one, the most popular review. For the rest of the reviews people will swipe. It gets pretty hot, right?

Google Play has the color bars instead of stars: green is 5-stars ratings, red is 1-star ratings. A couple of the most popular reviews are shown on the preview page. Google also collects data for “Review Highlights” (if there are enough reviews given) — the main things users have said about the app, positive and negative.

It’s generally considered that having an average rating below 4 stars is no good for a self-respecting app. An app with an average of 3 stars converts 50% less than an app with a 5-star rated app. As a result, all app store optimization strategies of the world, any paid user acquisition activities will not harvest anything but sorrow without

Want to try an all-in-one service?