Sudan having a very own Uber. Story of Tirhal taxi

Tirhal is an Uber-inspired app, going very big in Sudan right while you are reading this text. The company managed to achieve the position of a market-leader within less than a year. Now it is meeting the huge demand, driving people around with more than 2,000 cabs.

Tirhal (which means “trip” in Arabic) is an Uber-inspired app, going very-very big in Sudan right while you are reading this text. The company managed to achieve the position of a market-leader within less than a year. Now it is meeting the huge demand, driving people around with more than 2,000 cabs and successfully using the Onde software.

The government of Sudan has always been investing in the railways, and farming out the development of public transport to private companies. This resulted in an extremely underdeveloped transportation system, that cannot ever satisfy the demand: it is unreliable, not safe, and not always easy to access. Uber itself is not present in Sudan due to the US-sanctions against the country.

There was a huge hole in the market of transportation services. Sudan was waiting for a local company that would meet the public request.

Tirhal became this company. It was established by two friends with no prior taxi business experience. Tirhal embraced the potential of the artificial intelligence and the newest mobile technologies from the very beginning. The company founder Mohamed and his partners were looking primarily for an integral solution for their innovative transportation services.

Looking for a software solution

Not that the idea of a taxi was any revolutional in Sudan.

“In Khartoum, taking a ride with a taxi is rather popular. It is also not expensive. The issue is that a traditional taxi in the country never works with a taximeter. This basically means you always have to bargain with a driver before you step in, otherwise there’s chance of a big, mostly unpleasant surprise at the destination.”

Tackling this problem was one of the decisive factors for Tirhal while looking for a software solution. The founders were attracted to the Onde platform because of its clear driver management and fares estimation in the first place.

Another challenge for the company was attracting as many drivers as possible under an important condition: their involvement level had to be high. To distinguish their business on the market, Tirhal had to make sure the drivers are taking their job seriously.

The possibility to address this challenge effectively within a Onde-powered solution became yet another important “pro”. Introducing the registration fee for a new application was an important step to motivate potential drivers to start working for Tirhal as soon as possible after submitting an application.

How does it work? Tirhal charges every application for $5, which a driver can earn back as soon as they actually start driving. This way, Tirhal protects the business from fake applications and from working with drivers who are not really interested in doing their best.

Again, just getting rid of blank applications was not enough to ensure the fleet growth and quality.

For Tirhal, online marketing campaigns were not an option for attracting new drivers just because taxi drivers in Sudan do not spend so much time on social media. The main advertisement tool is, therefore, still the word of mouth method.

But in order to give people a good reason to advice Tirhal to their friends. The company wanted to be able to show that working with it is really profitable.

First, Tirhal needed to figure out what kind of wages is the most attractive. In their case, flat rate did not work, so they had to switch to pay drivers an order percentage. Given that, the company was able to introduce the “Drivers Leaderboard”, showing average monthly wages of the drivers who ride regularly and well. 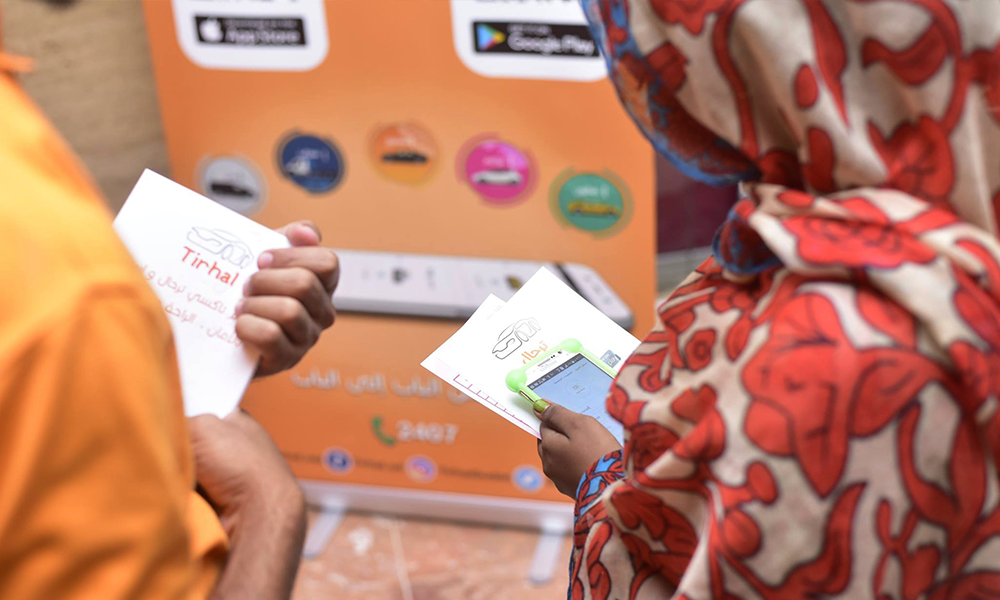 Thanks to these measures, seven month after launching the service, the fleet of Tirhal had 1,700 active cars, and 20 new drivers applications per day being submitted.

“The main issue we have here in Khartoum is training the drivers, so that they reach the level we can be happy with. It is important to provide the stable quality of service to our passengers.”

Drivers on the starters level often have a very blurred vision of how to work with the driver app efficiently. This means two things:

“At the certain point it was clear that providing a little training for the drivers beforehand does a lot to higher the incomes of our taxi drivers. It is a way more productive than just distributing guides on how to drive with Tirhal. So, we’ve established an educational center. It works 4 days a week now,” Elzakey says. 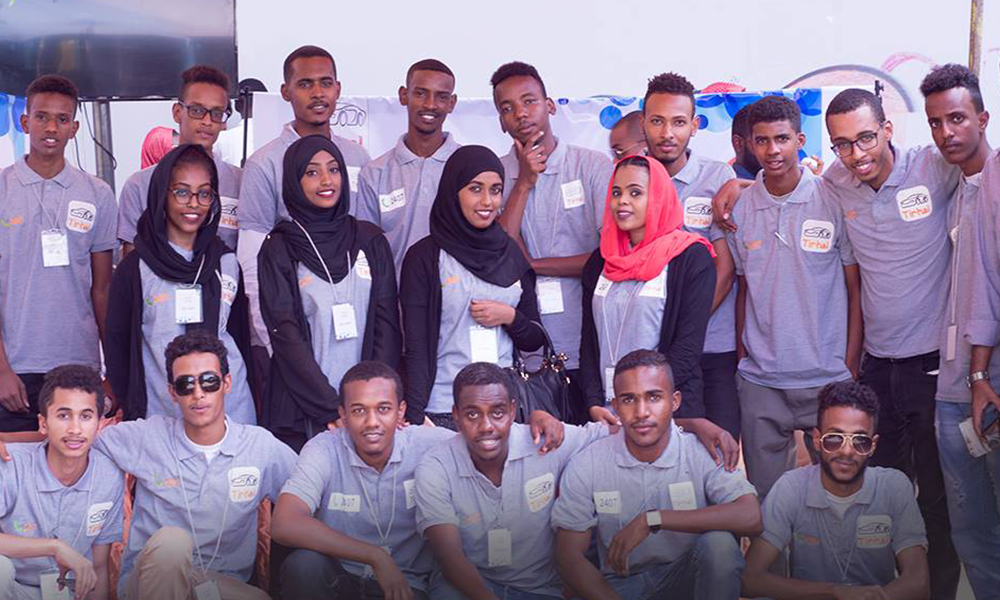 Four days a week, this is to say, up to 160 new drivers being explained the essentials of productive work. Under the guidance of an experienced Tirhal representative, they learn to handle the bookings properly, to manage their balance, to transfer money between two or more drivers’ accounts.

Tirhal also found a proper way to motivate drivers to stay working for the company. Within the Onde platform, they made use of “Cancellation fees” function to track and minimize the amount of orders canceled by drivers. Mohamed Elzakey:“We do our best to keep track on how drivers use the app. This helps us eliminate money losses due to cancelled orders. But it also contributes a lot to the level of our clients’ content.”

Just as for any other quickly growing business, scaling up is a top priority for Tirhal. Luckily, all-access economy provides a lot of space to evolve. Every two month the company is launching a new service type. They already have one tailored to women taking a ride with their children, one for business(wo)men, and one created especially for travellers. 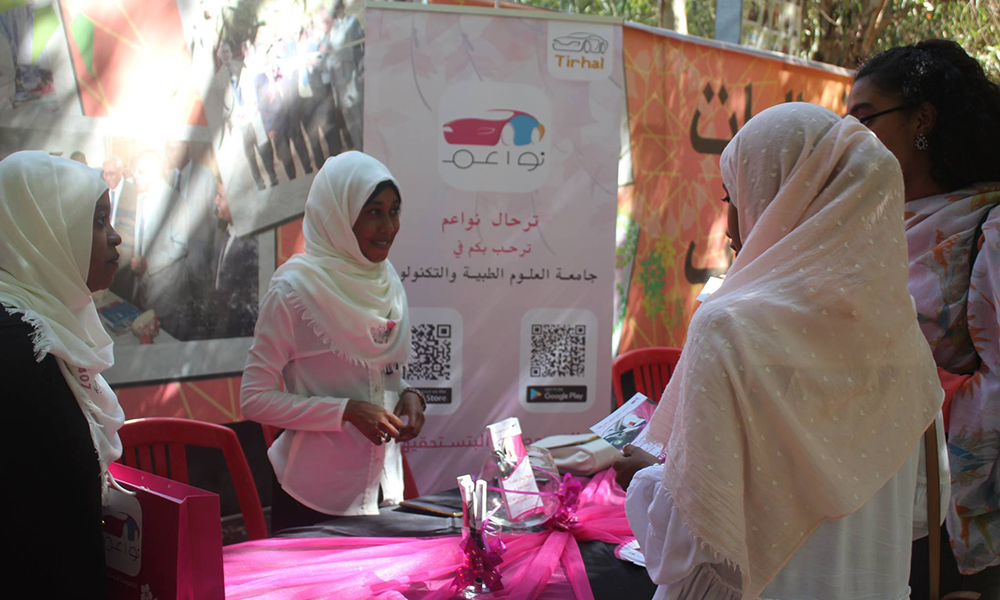 Mohamed is sure that offering transportation as a service is just a starting point for Tirhal. Planning the future steps, the company is passionate about scaling up the idea to provide literally any on-demand service in future.

As you see, the most profitable practices Tirhal was using are the following:

Hope you’ve got inspired to try some of these tricks for your own company!