Metaverse, air taxis, and the future of ride-hailing

The automotive industry is expecting a boom, not unlike the one that happened a century ago, when people shifted from horses to cars in a 50-year time period. Find out which new technologies the automotive industry, and namely ride-hailing, can expect in the nearest ten years. 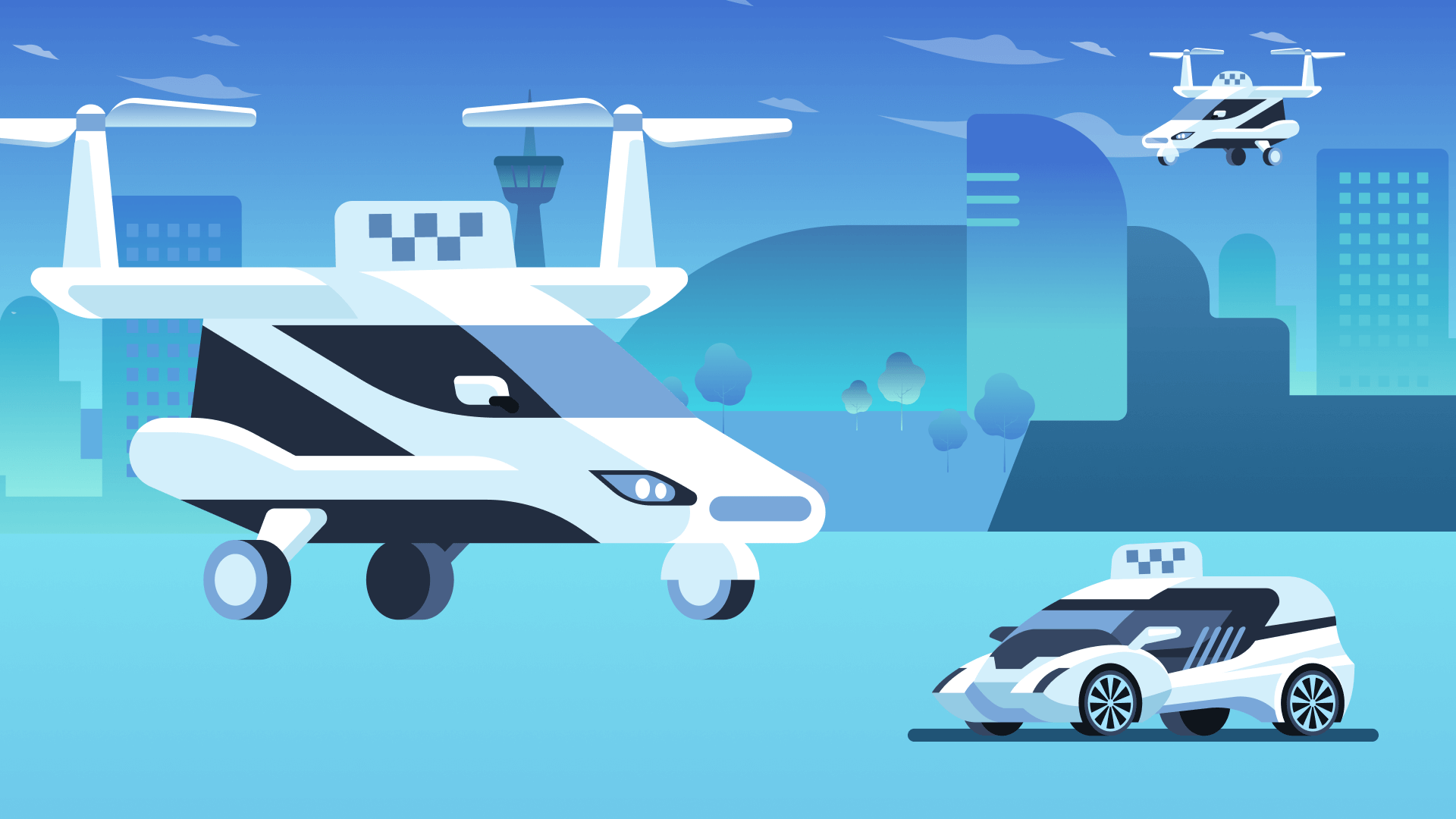 The automotive industry is transforming. It’s becoming more sustainable, more engaging, and with features and capabilities straight out of sci-fi novels. The future will be available to everyone: not just to the Batmans, James Bonds, and Iron Men of today’s world. The futuristic automotive lifestyle will become a part of our everyday lives ― even for the people who don’t have a driving license. And of course, you know how ― through ride-hailing.

Ride-hailing is becoming more and more widespread, reaching the countries it hasn’t reached before, becoming more competitive, embracing new technologies. According to Goldman Sachs, the global ride-hailing industry is expected to grow eightfold to $285 Bn by 2030.

So how is the future of ride-hailing shaping up? What kind of technology do we expect to see in the nearest and not-so-nearest future? Which goals are the companies trying to reach? Let’s find out. 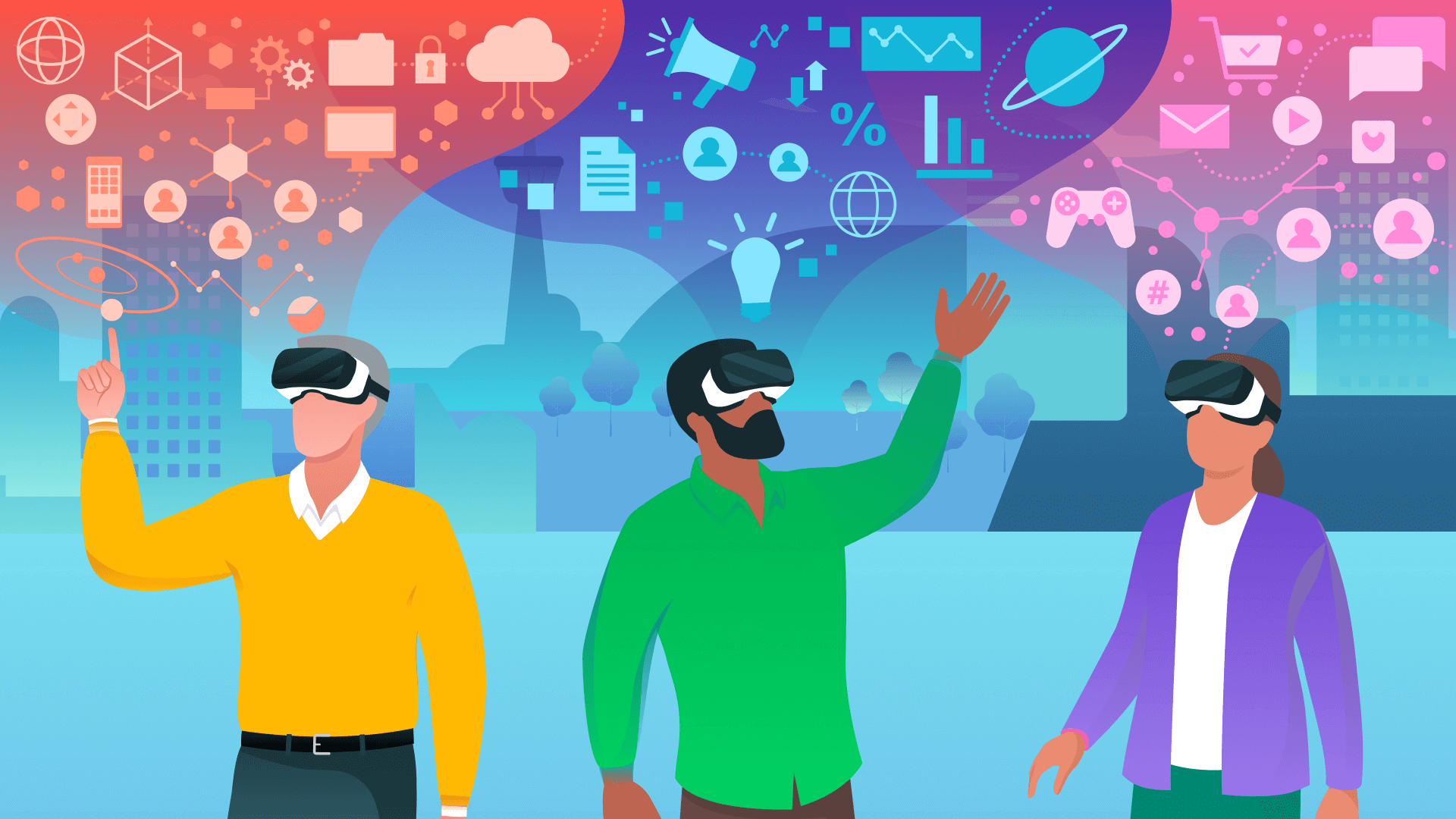 New technologies are enabling metaverse: a virtual-reality space in which users can interact with a computer-generated environment and other users. Metaverse changes consumer behavior. It turns everything into an opportunity for education, entertainment, and shopping. It allows multitasking in the most advanced way possible. And the easiest and most convenient way to experience all this is in a vehicle that is not driven by you. Soon, ride-hailing won’t be just a way to get from point A to point B quickly and for an affordable price. It will be an opportunity to experience things.

Take Holoride ― an Audi-based startup that makes every journey a hyper-immersive experience by combining navigational and car data with XR. It connects the passenger, the car, and the surroundings. During the journey, you don’t just see different scenarios ― you feel them. Holoride includes the real-time physical feedback of the vehicle you’re in, making your experience realistic to the highest extent. The content you see is the result of your route length and type, driving styles, and location. Every piece of entertainment is linked to your journey. Recently, Holoride launched its own cryptocurrency ― the RIDE token, which is meant to connect car manufacturers, content creators, brands, and passengers. Holoride also announced that they’ll use NFTs to incentivize developers to create more content on the platform. This will bring in passengers who want to personalize their in-car experience.

Holoride isn’t the only platform that’s shaping passenger’s future. CY Vision promises to transform our everyday trips to work with the 3D Augmented Reality Head-Up Displays (or 3D AR-HUD). This technology creates hologram-like pop-ups on your windshield that interact with real-world situations. You can see pop-ups that signal when your car is passing a four-star restaurant or a hotel with vacancies available, or, for example, notable landmarks. The platform is working with BMW and other companies (including an "EV startup") and expects to release its solution by the end of 2023. 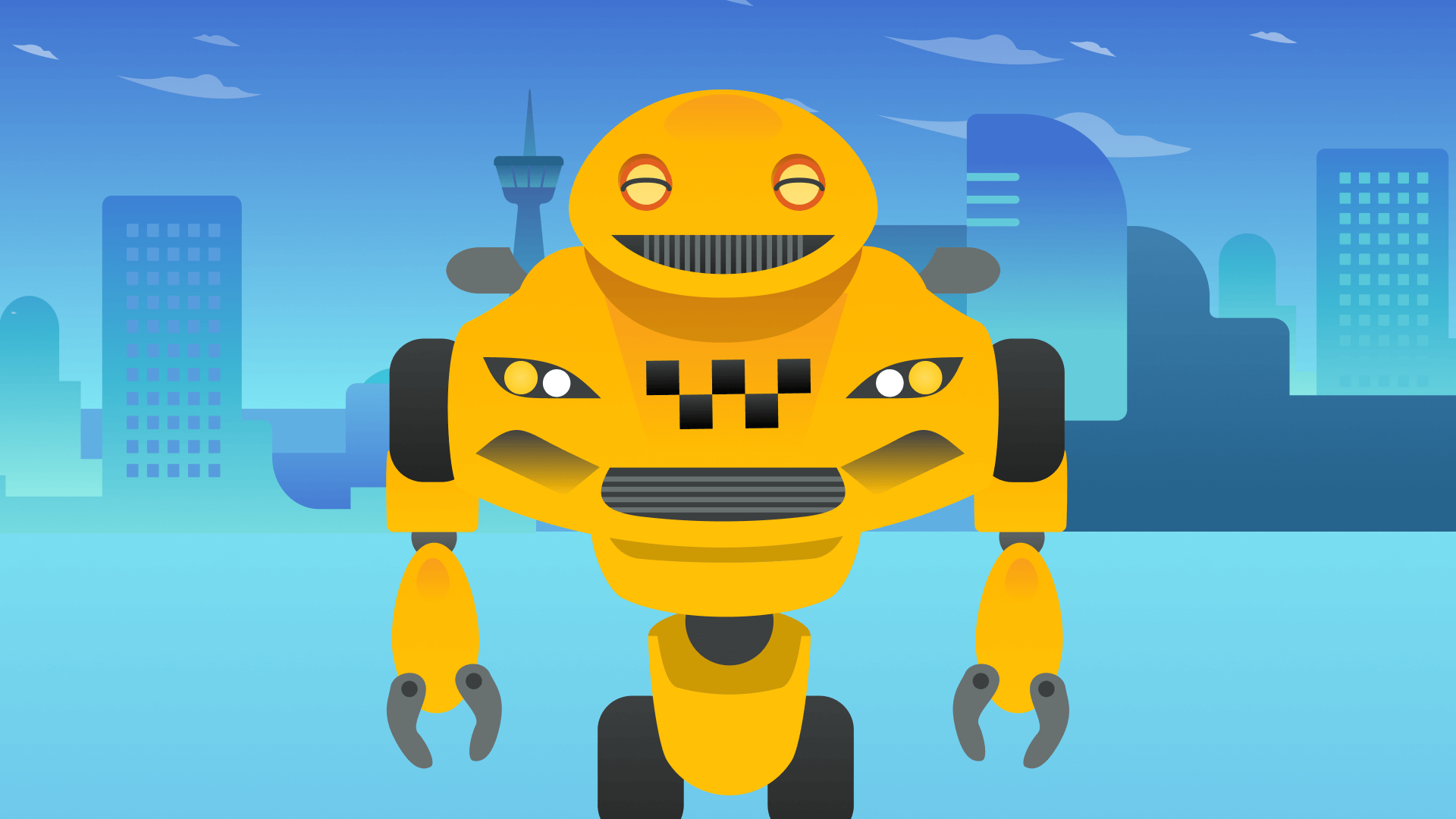 Self-driving technology is already here, while the self-driving ride-hailing industry boom is just around the corner. For example, Motional and Via are about to launch a new robot-taxi service in Las Vegas. The service was supposed to begin in the first half of 2021. However, the unpredictability of the world we leave in caused the companies to push back the launch. The vehicles are completely autonomous but have human safety operators behind the wheel.

In the meantime, Waymo, Cruise, and WeRide all offer their ride-hailing self-driving services each in their own location. Waymo started as a Google self-driving project back in 2009 and has been building and testing ever since. In San Francisco, Cruise is making self-driving taxis a reality. In addition to driving people, Cruise has flirted with other forms of services ― during the pandemic they worked to deliver thousands of meals. In retrospect, this was the best time to test driverless services. WeRide is China's first fully open robot-taxi service, which was launched in 2019. At the moment, it operates in Guangzhou.

And it’s not just self-driving taxis. Imperium Drive is creating a taxi that can be driven remotely in Milton Keynes, UK. Using your usual (alright, not so usual) mobile ride-hailing app, users will soon be able to request a vehicle, which is then remotely driven to their location. After the vehicle arrives, the user gets behind the wheel and drives to their destination. As you can imagine, this is much cheaper than paying for a driver every time you need a ride. The service claims they will cost up to 50% cheaper than Uber. When the user arrives at their destination, they simply pull over and request a remote driver to take over control of that vehicle ― all using the ride-hailing app. No searching for a parking space is required.

What made this magic possible? The answer is 5G. “5G has much larger bandwidth capabilities and much lower latency that essentially allows a remote driver to be able to drive at higher speeds safe,” Koosha Kaveh, co-founder and CEO of Imperium Drive Ltd, told Euronews. In case the car loses network, it makes execute emergency stop maneuvers to bring the vehicle into stop safely.

Our final example is a self-driving bus. Ciel ― a South Korean company ― is developing a service that falls somewhere between ride-sharing and public transportation. It still requires users to install a ride-hailing app much like Uber, and order self-driving taxis or a self-driving bus, depending on what it is you need this afternoon. The company plans to start its service in Seul.

A thrive for sustainability might not seem as mind-blowing as other innovations mentioned in this article. However, it’s one of the main goals for ride-hailing platforms and general automotive future technologies. In China, 60 to 80 percent of vehicle sales are expected to be BEVs, fuel cell EVs, plug-in hybrid EVs, or hybrid EVs by 2030. In the US, President Biden announced a target of 50% electric vehicle sales share in 2030. 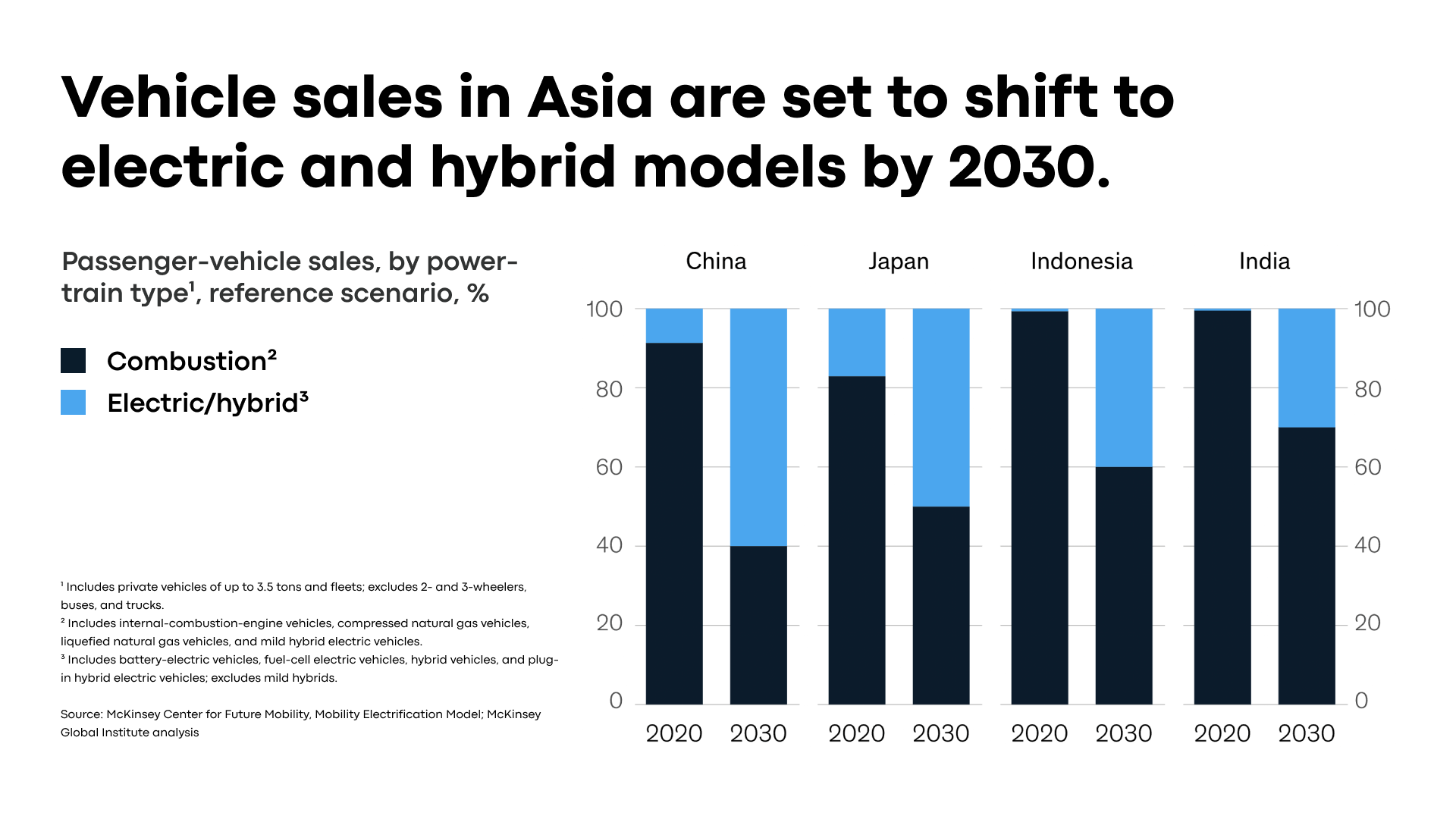 The sustainability trend also leads to new collaborations. Arrival ― the zero-emissions solutions company ―  is about to design a car specifically for ride-hailing companies. Arrival’s collaboration with Uber might allow the latter to automatically match passengers with cars that have sufficient battery range. 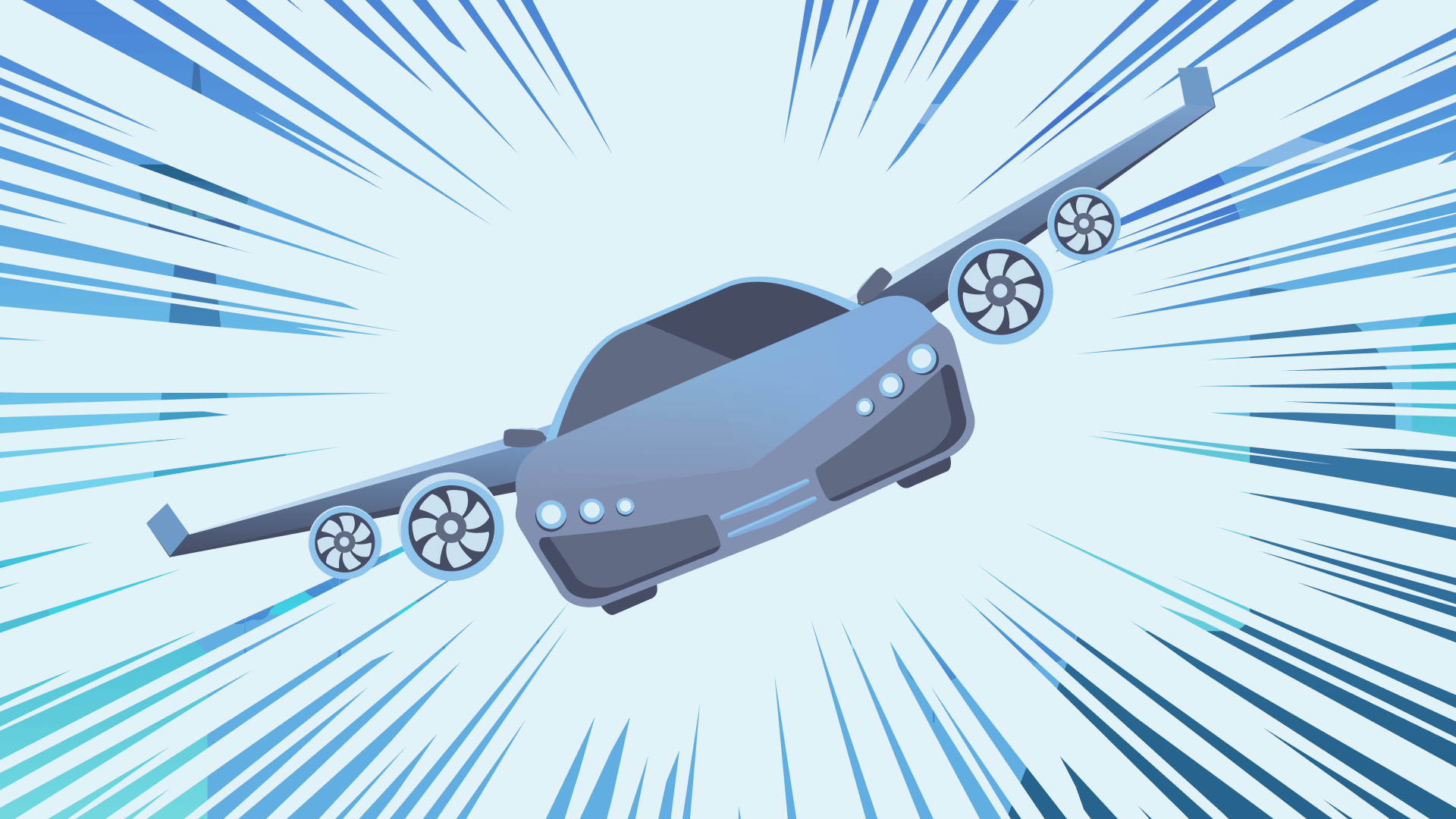 The sci-fi future is just around the corner. We are finally about to get what has been promised to us in multiple movies, books, and video games ― flying taxis. For example, there is Skydrive ― a Japanese company testing a flying taxi prototype. The flying taxi is autonomous, looks like a drone, and expects to be launched to the general public by 2025.

Uber is also not staying behind. Hyundai and Uber partnered to develop Uber Air Taxis for a future aerial ride-sharing network. The vehicles are expected to be piloted at first but turned autonomous in the future. The Uber Air Taxi built by Hyundai will be created in part using Uber’s open design process. This means any company will be able to the Uber’s experience to help them with their own technologies. It’s unclear, however, how soon we should expect flying Uber behind our windows.