Women in business: who they are and why they’re awesome

What makes women excellent entrepreneurs? What problems and challenges do women in business face? How to overcome those? Read up in our new blog post! 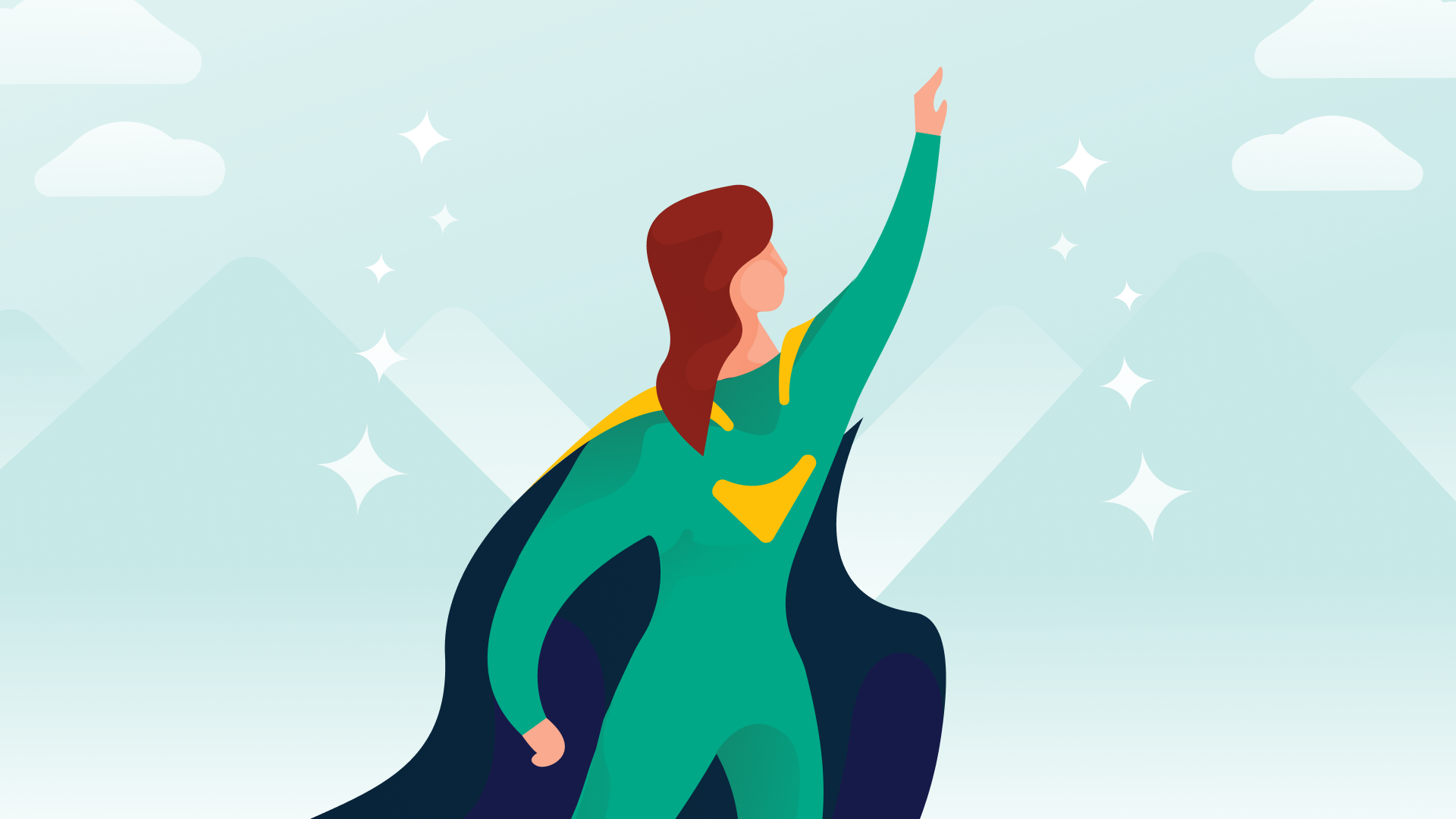 In the last 50 years, women-owned businesses are booming. According to the research carried out by American Express, the number of women-owned businesses has grown about 3,000% in the past half a century. As reported by the United Nations’ latest research, even in the poorest countries of the world women lead up to 35% of the starting companies.

This actually means women are making about 40% of the new entrepreneurs all around the world — it’s more than ever in history. Yet this is not all. Two more trends are emerging as to women entrepreneurship over the world: 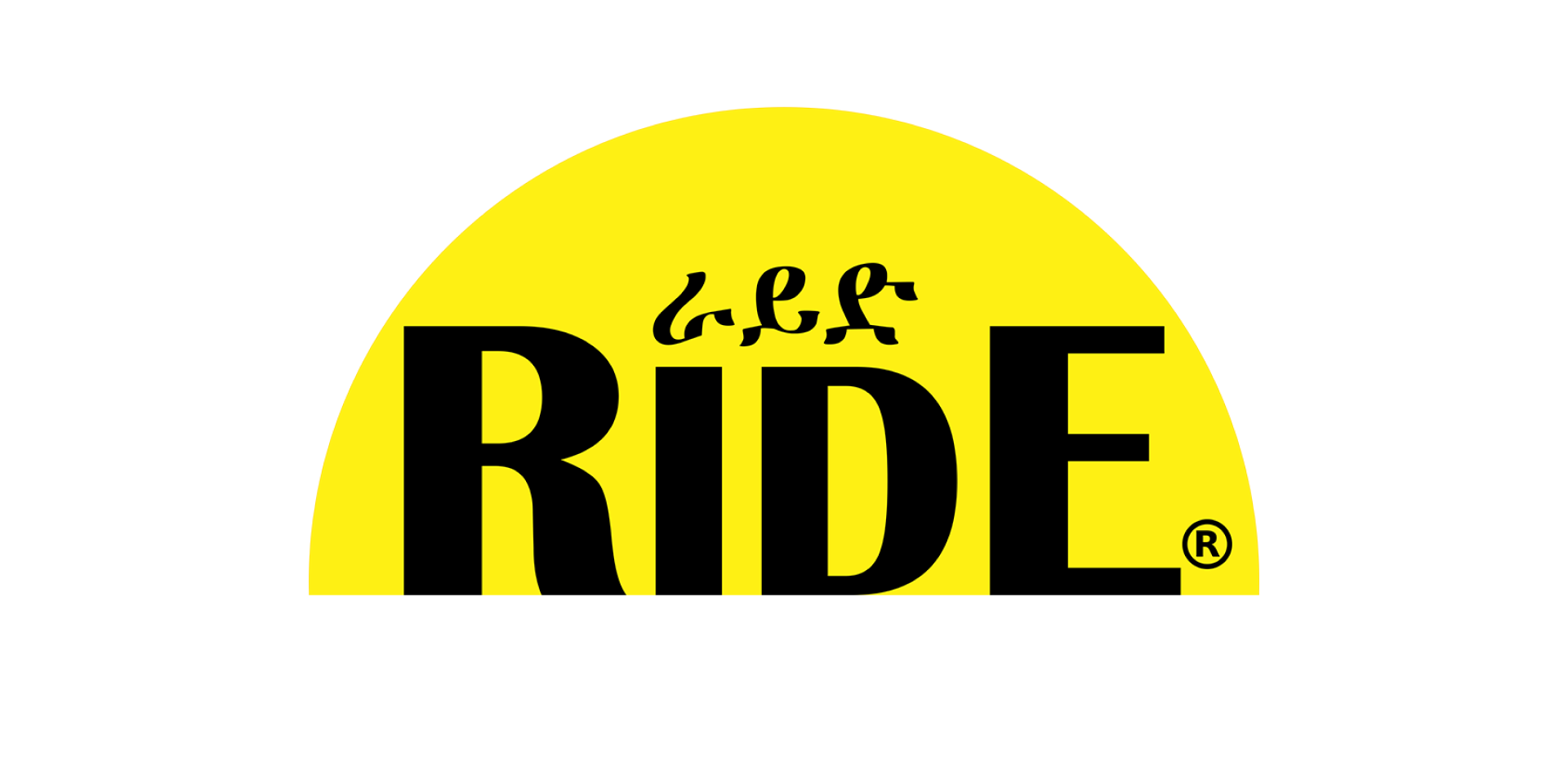 If anything, this means it’s a good time for women to choose for entrepreneurship over joining corporate life. It also means a lot of industries are ready for change being introduced by female leaders.

So what is there to know when you’re a young and ambitious woman dreaming of your own company? Just go on reading to get the answers! 💃

What’s so attractive in business for female starters?

For sure, every human being is different and every woman in the world has unique reasons to start her own enterprise. However, many female CEOs share several concerns about life in general that made them choose for own business instead of a corporate career.

♥ ️ Following a passion. For many, corporate life is simply not inspiring. Taking care of someone else’s interests is what most women have done much too often in their lives already. On the contrary, starting own business allows investing energy and heart into something meaningful to you personally. The first and foremost reason for female entrepreneurs, actually. 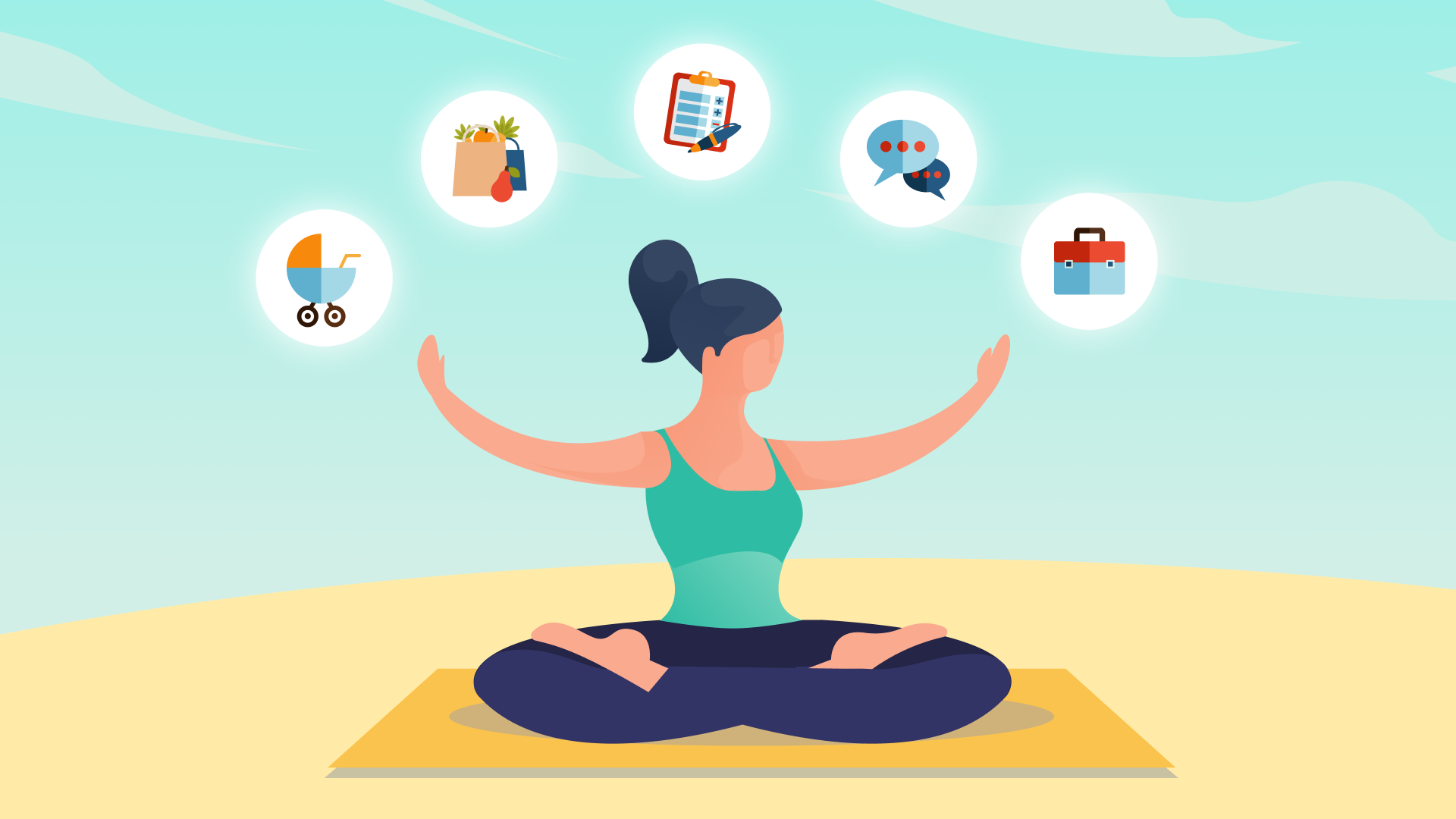 🌊 Flexibility. For many women, having a proper job and incomes is still something to combine with rather intense family life. That’s why about 70% of women entrepreneurs admit that the flexibility provided by owning a company allows them to be more in control of their work-life balance.

🔮 Being in control over the future. The instabilities of the corporate life are not always as stable as it’s widely believed: reorganizations, staff reductions, company mergers… Being a CEO means you are the one directing the play. Picking whom you work with (think of business partners, clients, and of course the team itself) is also adding up to the feeling of mastering your own prospects.

🌠 Breaking the glass ceiling. The glass ceiling is the term for the fact that women generally get promoted 15% less likely than men do. One may say, that’s because they have other priorities (think of family, children, households) — unfortunately, the latest studies show it’s because women are still not seen as equals to the men in corporate life. Choosing for entrepreneurship is a way to advance a career more rapidly. Quite right, if you ask us. 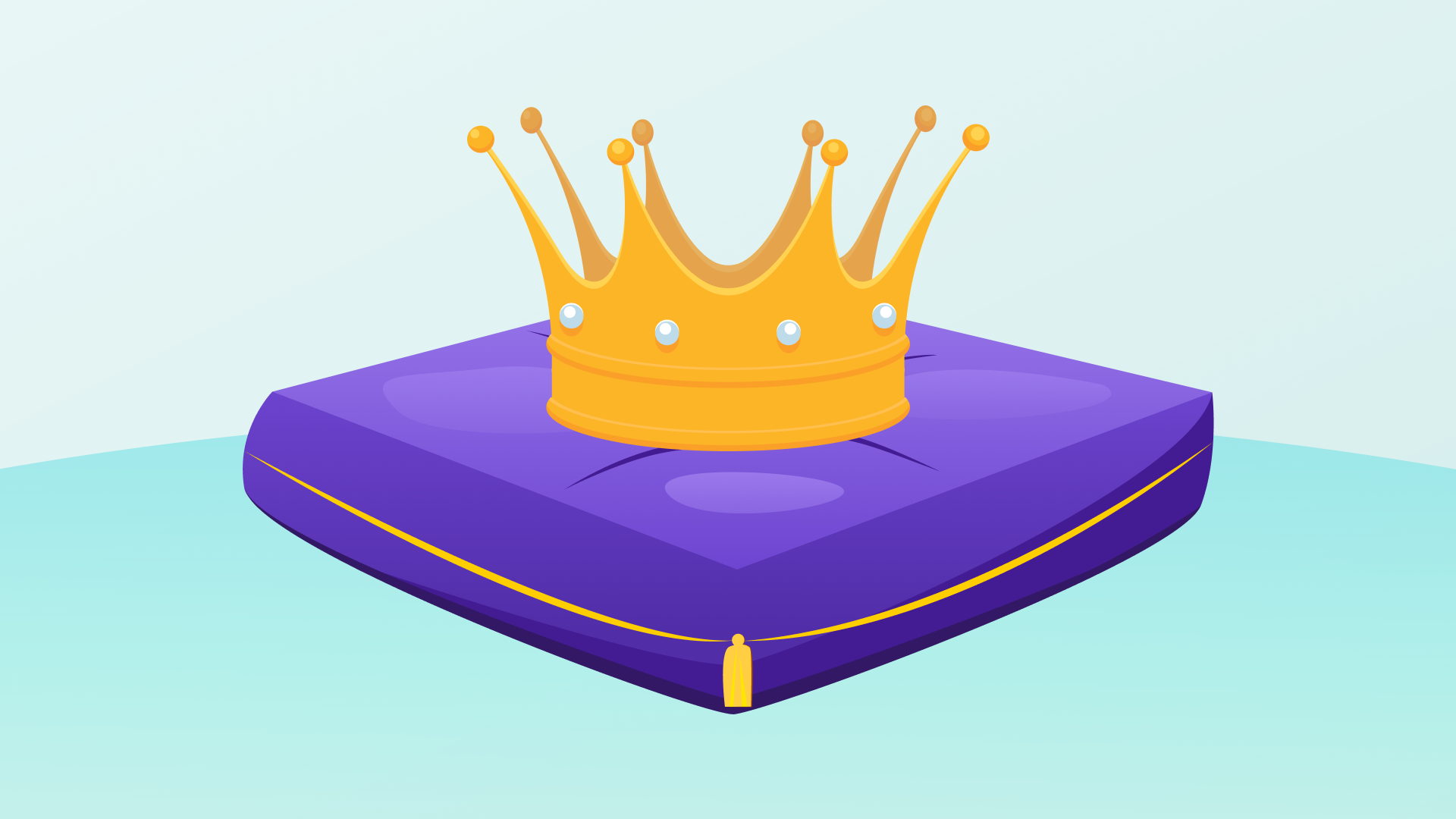 👑 Sense of worthiness. Sadly enough, the gender pay gap is not yet disappearing from our career lives. In fact, if things keep going the way they’re now, women are not to reach the full pay equality with men until 2119. 2119! Those who’d rather not wait a hundred years for an equal salary are pretty much entitled to take care of themselves. Starting their own businesses is the most straightforward way to do this.

On the other hand, many women acknowledge having a startup makes them feel worthy in yet another way: they experience being in charge of making the world a better place. Well, that’s what we call a win-win situation. 😎

All things considered, maybe it’s time to dig up into some startup ideas and start for yourself? 😏

The unique challenges of female entrepreneurship: how to deal with it

While launching a business has become way more accessible for women in the last half a century, there is still plenty of unique challenges and pitfalls female entrepreneurs have to deal with.

Combating the fear of failure

The possibility of a failure accompanies any business venture. However, for female entrepreneurs, the fear of failure is often a reason to go for less than they deserve or could achieve.

It is essential to realize that failures of all sorts do not mean it’s time to give up. They are the necessary stepping stones of learning and development. The business significance of failure lies, accordingly, in the ability of an entrepreneur to drive some conclusions from it and not make the same mistakes again.

As Arianna Huffington, the Huffington Post co-founder & editor puts it, “We need to accept that we don’t always make the right decisions, that we’ll screw up royally sometimes. Understand that failure is not the opposite of success, it’s part of success.”

Many startup founders need initial investments coming from third parties. Which brings us to pitching and all other types of fundraising — and it’s not exactly easy for female entrepreneurs to get venture capital involved in their businesses. In fact, recent studies show that in the US, less than 3% of all venture-financed startups are led by female CEOs.

Unfortunately, that’s not because women entrepreneurs avoid external investment, rather because many venture capitalists prefer to invest in startups managed by people just like themselves, thus male people.

A way to tackle this problem? Experienced female CEOs advice building both your own confidence and the reliability of your company by adding solid business plans to every investment pitch you do. Venture capitalists love to see hard numbers, and they especially love to see the planned hard, daring numbers to come true. So if you already have a case about making financial expectations true, pitch it along with your idea of a startup.

No case yet? Let the investors meet your team. If the experts in your company can be trusted to carry out the operations well, stakeholders will have more credence in it.

Pitching to female investors is another way to deal with this. All over the world, women entrepreneurs are being active to help other women entrepreneurs to launch the businesses of their dreams. There are definitely hubs and networking events in your place to do this, too. Check it out! 👩‍💻

Daring to show your own attitude

Many female CEOs recognize this situation — during networking events or business negotiations, they feel urged to adopt and express the so-called male attitude. Being overly competitive, intrusive, almost combating about their own business and interests is what’s often expected from a successful entrepreneur. These expectations have to do with the fact that our societies are still too used to stereotypical male leadership. Not surprising at all that for female business owners these ways often feel unnatural and threatening to their identity.

The best way to overcome this obstacle is to stick with your true self. Easier said than done, we know! However, successful female leadership is often based on other principles than plain competitiveness and harshness. It’s more about compassion, flexibility, working hard and creating a positive example.

Sheryl Sandberg, Chief operating officer of Facebook writes in the book “Lean In: Women, Work, and the Will to Lead”: “...many people, but especially women, feel fraudulent when they are praised for their accomplishments. Instead of feeling worthy of recognition, they feel undeserving and guilty, as if a mistake has been made. Despite being high achievers, even experts in their fields, women can’t seem to shake the sense that it is only a matter of time until they are found out for who they really are — impostors with limited skills or abilities.”

Recognizing the value of your ideas, skills and the work you do is an essential step to successful entrepreneurship. Often, this means not settling for less, not getting involved with business partners without them being financially committed, and not aiming at the low-hanging fruit while you can get and deserve a better one.

A nurturing, supportive, and first and foremost inspiring social circle is an important factor of entrepreneurial success. Having a possibility to get informed advice, encouragement, or a piece of meaningful critics is how starting CEOs learn to be great leaders.

“Cultivate a network of trusted mentors and colleagues. Other people can give us the best insight into ourselves — and our own limitations. We must have the courage to ask for help and to request feedback to expand our vision of what's possible.” These words belong to Maria Castañón Moats, the US Assurance Leader of PwC. Frankly, we couldn’t have put it any better. 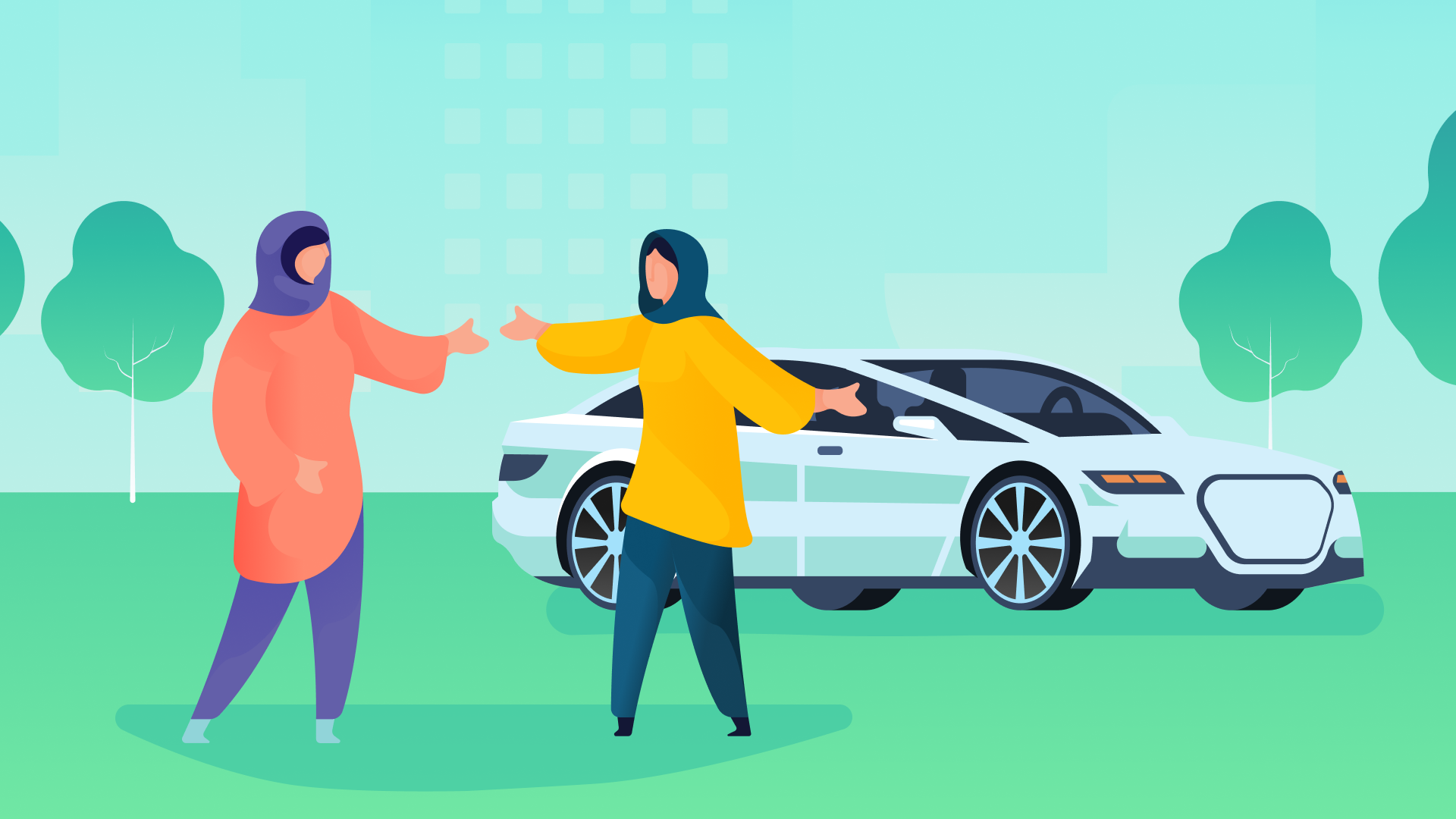 The unfortunate thing is, about 48% of women entrepreneurs in the US solely are reported to experience lack of such wholesome network. The top of the bill business world is still dominated by men, which means building meaningful connections with other entrepreneurs is not always easy for female starters.

The initial step in overcoming this problem is looking for specific, female-driven network events. To name some, Bizwomen,Women’s Business Initiative International networking events, WIN Conferences, EWomen Network. There are of course also local networking events, not necessarily only for female entrepreneurs, but still providing you with an opportunity to meet people from other industries, stakeholders, and maybe even future business partners.

And do not forget: a support network is meant to help each other. So do not hesitate to ask advice, feedback, exchange ideas, and pitch your cases. The most beautiful thing about human relations is that you never know where the needed help can come from.

Struggling to be taken seriously

All female entrepreneurs have experienced the struggle of winning respect.

Yes. Being taken seriously is still a serious problem. Presumptions of not being hardworking enough, living off your parents’ reputation or capital, expectations of being too emotional to make decisions, and lots of other stereotypical nonsense often follow female entrepreneurs a long way throughout their careers.

Being a part of a network of like-minded people can help overcome this problem. Joining women entrepreneur groups, getting mentors, acquiring regular reality checks on your hard working and growth possibilities helps you to take yourself more seriously. Eventually, all the others will have no choice left.

As Beyoncé once said, “Power is not given to you. You have to take it.” Being a successful entrepreneur, especially in a male-dominated industry such as mobility will not be a bed of roses. But it doesn’t mean it’s impossible. Cherishing and putting to work your unique capabilities, expertise and views on the market and its problems will lead you to the top. And the challenges? They are always worth it.