App store optimization, known as ASO to the enlightened, is often called the final stage of an app’s marketing funnel. The description of your app, the screenshots, the reviews — all that is considered by potential users before they make a decision to download and use any app.

Wherever they come from — before installing, everybody checks the credits, the ratings, and the functionality of the app shown in the screenshots (or preview videos).

And so the stakes are high in the ASO game, whether it’s about Google Play or App Store optimization. If you do it right, there is always a chance of viral growth of installs. ASO done well attracts potentially interested users due to the way the search algorithms of the stores work. ASO done wrong (or not done at all) can put off the users who got interested by your advertising.

Anna Lazitskaya, our ASO expert and evangelist, shares her insights on how to become #1 in your category, boost visibility and increase conversions. 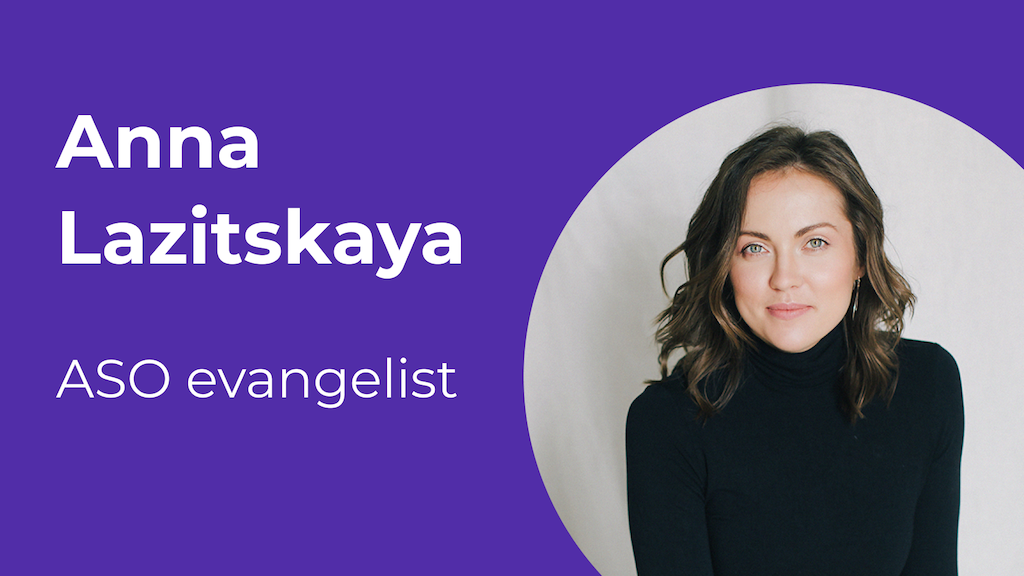 First of all, let’s just face the fact that app store optimization is a top-priority for app owners ever since 2018. The number of apps out there is fascinating and frightening at the same time: it’s more than 3 million. This number is growing every day. Now, how do potential users find your app among 3 million apps?

They search. There are people who download apps by recommendation or following witty ads on the web. However, over 60% of all users simply open the Search tab of their store and look for the apps they need right now.

So the main trick of ASO is to get your app as visible in the search as possible.

The mechanics of this seem rather simple:

A sloppy app page fails to appear in people’s relevant searches — because the algorithms fail to find it. This may cause missing thousands of potential clients. Sad story, really.

What are the success factors of app store optimization?

There are primary factors, there are secondary. 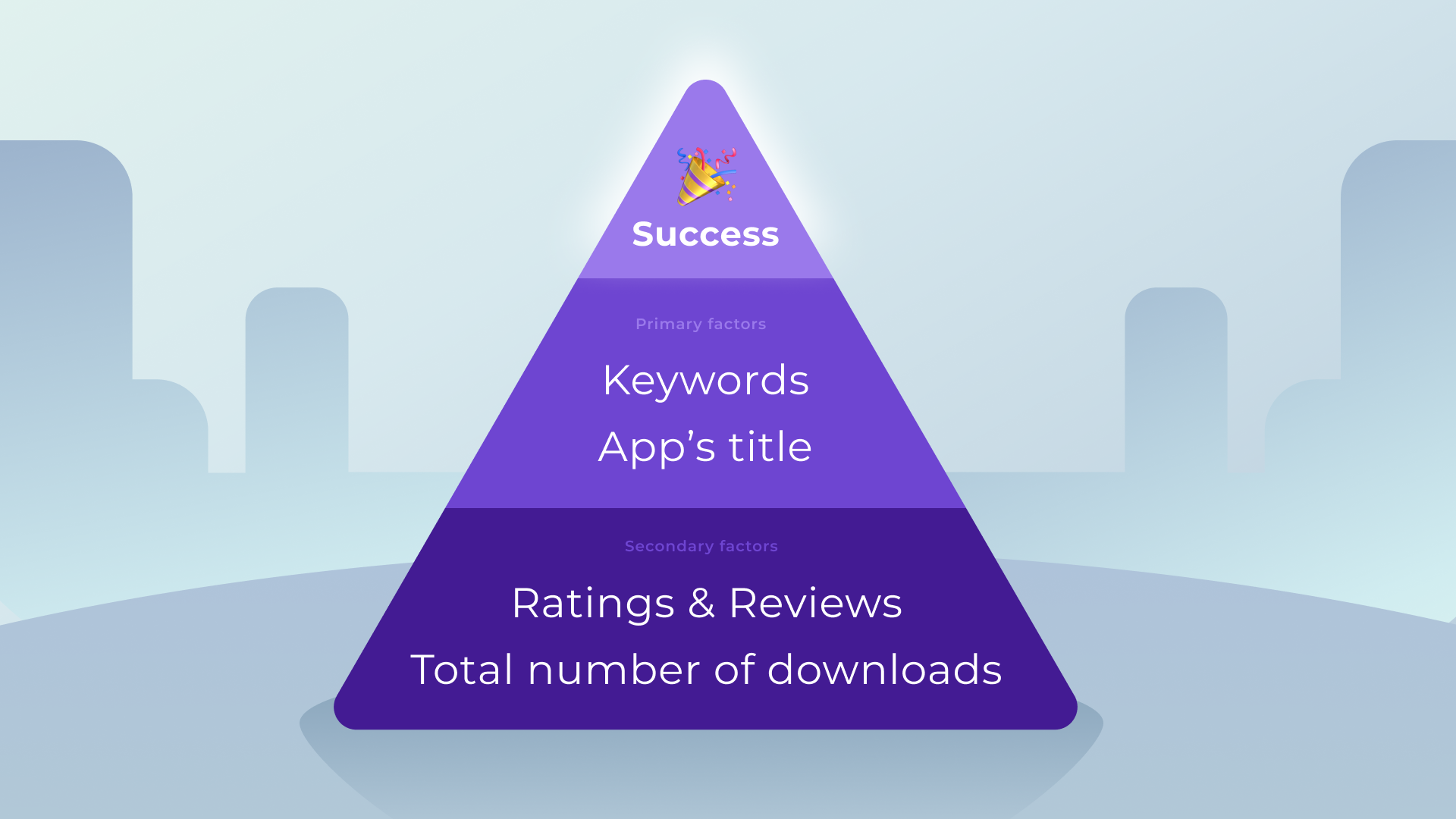 Then, of course, there are app icon, screenshots, maybe a preview video to show users the brightest features of your app. Those should be thought out, too.

There are cases where a new app icon brought +33% of downloads in days.

But the most primary factor of ASO success is creativity. Sounds lame, yet it is. Sometimes, finding the most relevant keywords, creating stunning visuals, getting tons of positive reviews won’t help you any further in the listings. This can happen because of a bug in the search algorithm, a seasonal dip in the market, and various other reasons. That’s where creativity helps you out — for every store visibility problem there’s an ASO solution. 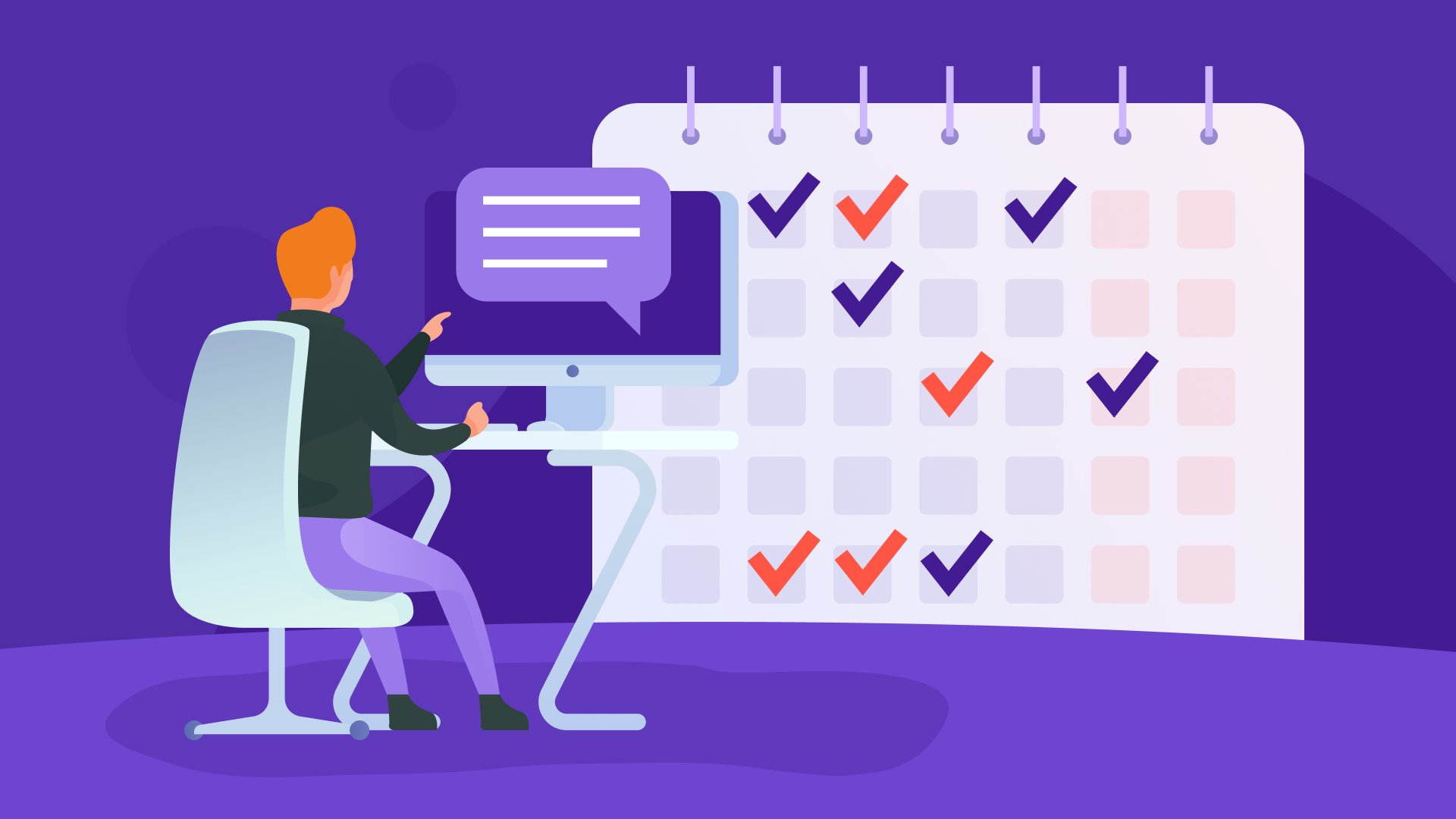 How often one needs to optimize the apps?

The good practice is to check up on your apps listings every week. According to the changes in the statistics, it’s strongly advisable to improve the app’s data in stores every once in a short while. Now, this is pretty often and is definitely a lot of work, too. On the other hand, it helps you to sustain the organic growth of the downloads and make sure the App Store or Google Play visibility won’t vanish due to some new development of the search algorithms.

Your efforts to optimize your apps for the stores should be consequent and coherent with the whole positioning strategy of your service. Not only is this about being consistent with the branding, but this will also help to keep down the costs. As your app’s visibility grows, the more installs you will get, again and again — investing in a good ASO strategy is as sustainable as you can dream of.

Why? Because ASO-driven downloads do not only mean increasing the revenue in the short run. They promise a stable future of the app. Investing in a short advertising campaign (say, billboards, or a collaboration with an influencer) is perfect to draw momentary attention, but most of the time the wave of downloads subsides pretty soon after the campaign is over. On the contrary, app store optimization is a continuous effort in helping retain the organic growth of the downloads.

We know how to get to the top of app stores

Whether you’ve decided to app store optimize all by yourself or chosen to hire a team of experts to deal with it, remember that the optimization process takes time. No matter if you’re optimizing for Google Play or App Store, the effects of it are prolonged, but it can take time for them to show.

Most of the time, the very first set of keywords provided by app owners before submitting an app to the stores has no positive ASO-effect whatsoever. This is basically why conducting a professional research on the keywords prior to getting your app on the stores is a good practice.

Now, after this, there are iterations — the app’s data needs to improve gradually, react on actual events, new app releases, the way your competitors optimize their apps, and many other factors. This is why continually tracking the rankings of your app and comparing them with those of the resembling apps is essential. Testing varied ASO solutions (most of the time, different things work best for App Store and Google Play) and experimenting with it is also a necessary part of developing an effective app store optimization strategy — and it takes time, too.

Remember that the time spent on ASO is never lost. It’s the time invested in the future of your business.